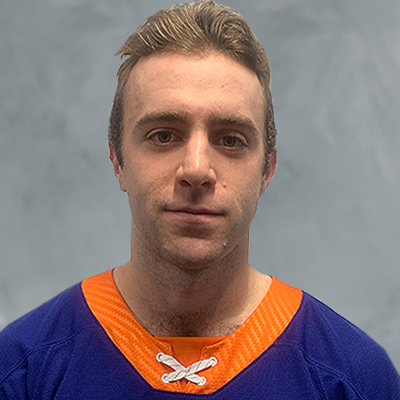 2021-22: Posted career highs in goals (9), assists (19) and points (28) in 37 games during his fifth and final college season, and his only season at Northern Michigan University... Agreed to terms on an amateur tryout agreement (ATO) with Bridgeport on 3/19/22. Colgate University: Played four seasons at Colgate University from 2017-21, appearing in 131 games for the Raiders... Posted 43 career points (13g, 30a) and only missed three total contests in his four years at Colgate. 2016-17: Spent his final year of juniors with the Alberni Valley Bulldogs of the British Columbia Hockey League (BCHL)... Named to the BCHL All-Rookie Team and earned BCHL Second Team All-Star honors.