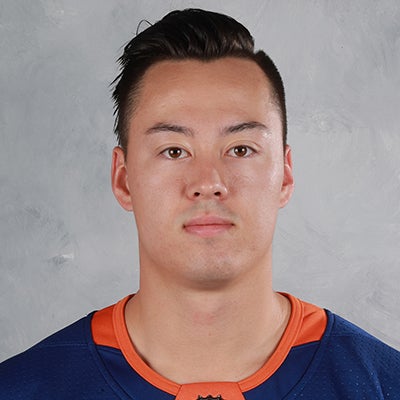 CAREER NOTES: Led all Sound Tigers defensemen in assists (22) and co-led team blue-liners in points (29) last season... Represented Bridgeport at the 2018 AHL All-Star Classic in Utica, NY and scored three goals in the All-Star Challenge, which tied the game high... Recorded an assist in his professional debut on 10/7/17 at Binghamton... Scored on each of his first two pro shootout attempts, notching the game-deciding goal both times... Logged a career-best plus-four rating on 3/28/18 against Hershey, the best plus-minus of any Sound Tigers player in a single game all season... Spent four seasons in the Ontario Hockey League (OHL) and was named an OHL All-Star on three occasions... Traded from the Oshawa Generals to his hometown London Knights midway through 2016-17... Scored 20 goals in 2016-17, which ranked second among all OHL defensemen... Helped Oshawa win the 2015 OHL title and Memorial Cup Championship... Named to the OHL First All-Rookie Team in 2013-14.